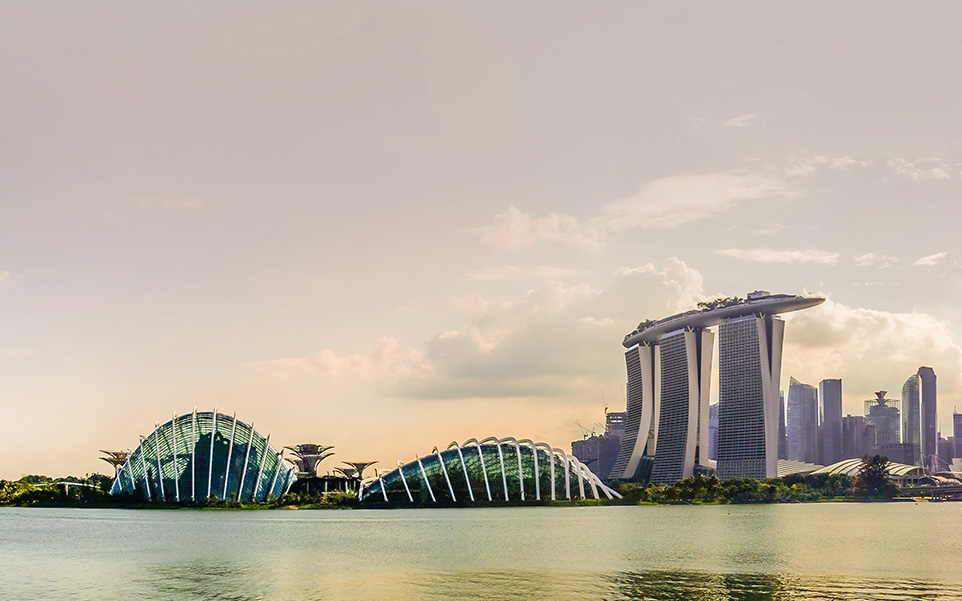 13 February 2017, Singapore - The Founders' Memorial Committee concluded Phase 2 of its public engagements in February 2017. At the engagements, participants shared their desired visitor experience, programme, and physical features of the Memorial. 72 per cent of participants expressed support for Gardens by the Bay's Bay East Garden as the site for the Founders' Memorial. In mid-March 2017, the Committee will launch a public Showcase titled "Remembering our Founders - The Making of a Memorial" to bring the process of engagements to a wider audience and to encourage more Singaporeans to contribute their views.

2    The Committee's Phase 1 engagements found that over 80 per cent of Singaporeans surveyed expressed support for the Founders' Memorial to commemorate the values and ideals of Mr Lee Kuan Yew and his team who founded independent Singapore.

3    Building on this consensus, the Committee recommended developing a memorial based on a narrative that is values-centred and forward-looking, to inspire future generations. The Committee also explored two possible site options in consultation with URA: Fort Canning and Gardens by the Bay's Bay East Garden.

4    From September 2016 to February 2017, the Committee organised 15 workshops in Phase 2 of its public engagement exercises. Over 700 Singaporeans across different age and ethnic groups participated in these workshops, which includes stakeholder groups (including architects; historians; educators; community, union and business leaders).

5    The Committee collaborated with the Singapore University of Technology and Design’s (SUTD) International Design Centre to design a methodology comprising crowdsourcing tools to gather real-time feedback coupled with hands-on prototyping activities aimed at engaging the public on the desired (i) visitor experience, (ii) programmes and (iii) physical features, as well as the site options for the Founders’ Memorial.

6    Visitor Experience. Participants envisioned the Memorial as a timeless icon, evoking national pride and fostering a sense of unity amongst Singaporeans. Underpinning this is a values-based narrative, inspiring visitors and imbuing hope for a better future. The Memorial should be an inclusive common space, accessible to individuals, families, and groups of all ages.

7    Programmes. Singaporeans desire a participative Memorial whose programmes not only offer a learning experience via guided tours and exhibitions, but also allow visitors to contribute their messages and reflections. The programmes should be interactive and dynamic, engaging visitors through a journey from the past, to the present and the future via a multi-sensory approach.

8    Physical Features. The consensus was for a Memorial with both indoor and outdoor spaces. Participants suggested that the indoor space could hold immersive, emotive, and educational programming with artefacts and audio-visual elements housed in an interpretive gallery.

9    Participants envisioned a park-like setting with lush greenery in a tranquil environment. The outdoor space could be used for recreational activities or to hold large-scale commemorative events. Physical features such as water elements (ponds and fountains for example) and garden/landscaping were frequently mentioned, for its symbolism and role in nation-building as well as to create an atmosphere of reflection, contemplation, and calm.

10    From these workshops, the concept of the Memorial that is emerging is one that not only honours the past, but also inspires the future; is sited in a park or garden setting; is sited near water, reflecting Singapore's story; is sited in an open space, with possibilities of future growth; and is accessible for all Singaporeans to visit with family and friends.

12    Fort Canning Park was preferred by some for its connection with our pre-independence history and other historical landmarks. Nevertheless, many voiced concerns that the site has a rich historical legacy, which should be preserved. Its accessibility and potential for development would be limited considering its natural steep terrain and historical artefacts.

13    Mr Lee Tzu Yang, Chairman of the Founders’ Memorial Committee, commented, "More than 700 participants took part in our in-depth Phase 2 engagement workshops. It is very encouraging to see Singaporeans showing strong support for a Founders’ Memorial, and stepping forward with creative ideas on how to bring it to fruition. The Memorial is meant to embody the values and ideals of our founding leaders who built Singapore. It is only fitting that Singaporeans are involved in the making of the Memorial. We invite more to come and share your suggestions with us".

14    Singaporeans can look forward to the Showcase which will be launched in mid-March 2017. The Showcase will illustrate the engagement process and highlight some of the ideas and views shared by Singaporeans on their vision for the Founders’ Memorial. Through this showcase, Singaporeans are strongly encouraged to give their suggestions on what they hope to see in the Founders' Memorial, from programmes to physical features and the desired visitor experience.

15    The public showcase will be held at Gardens by the Bay from 14 March to end-April 2017, and admission is free for all. The Committee is also planning a roving component to bring the showcase to the heartlands to reach out to more Singaporeans. Meanwhile, the public can continue to share their views through the foundersmemorial.sg website.

In his parliamentary statement on 13 April 2015, PM announced that he had asked Mr Lee Tzu Yang to chair a committee to gather views from the public and conceptualise a Founders’ Memorial to educate future generations on the values and principles of the founding generation of leaders, and to take the project further if the idea finds resonance among Singaporeans.

The Committee's Phase 1 public engagement exercises took place from Oct 2015 to Jan 2016. Over 400 people shared their views through 13 dialogue sessions covering all age groups and vernacular languages. In addition, a representative sample of 1,300 individuals was interviewed via a door-to-door survey, and over 200 responses were also received via an online portal. Stakeholder groups including historians, grassroots leaders, educators and academics were consulted.

For its Phase 3 outreach, the Committee will launch a public showcase in March 2017 to raise public awareness about the Founders’ Memorial project and to allow Singaporeans to provide more input and suggestions for the Memorial. The Committee invites all Singaporeans to continue to come forward and share their views and perspectives.